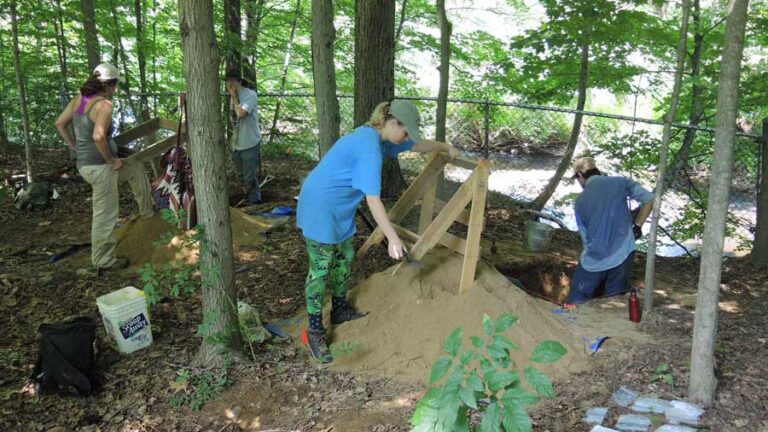 The work in Southbury began last year. But it is on hold — thankfully so. For that bend in the river may be the site of one of the earliest Native American campsites in the state, dating back 8,000 to 10,000 years. Archaeologists know of only six other places in the state that old.